We here at Brother
love September… why is that you ask? Because September is National Sewing Month! This wonderful monthly holiday was started back in 1988 when then-President Ronald Regan issued Proclamation #5867 that stated: “Americans are naturally proud of their practical genius; their love and mastery of domestic crafts, handed down from generation to generation, are among our prime national virtues. Throughout American history, one such craft has been the art of sewing. National Sewing Month, 1988, celebrates the American tradition of sewing in the home and salutes the estimated 90 million citizens who partake of its challenges and rewards.”1 And sewing has been the heart of Brother for over one hundred years. From the chain stitch production models of the early 1930s to the popular Zigzag machines of the 50s. From the revolutionary lineup of THE Dream Machine
and the Entrepreneur 6-Plus
to the innovative and pioneering Luminaire XP1,
Brother loves sewing (and quilting and embroidery!). Recently, Brother released a new lineup of machines that are sure to entice and inspire a new generation of sewers. Like the amazing machines before them, this latest offering continues the grand Brother tradition of modernization and excellence. Let’s take a look: 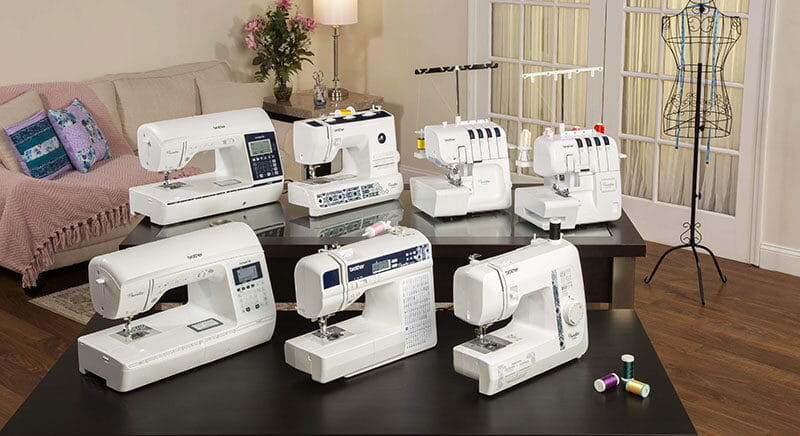 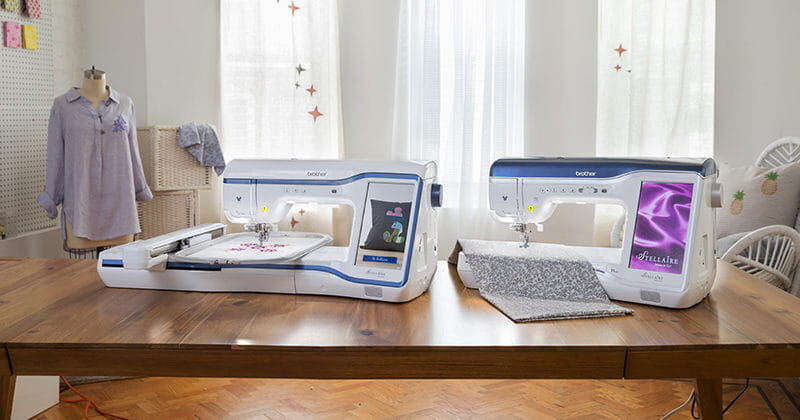 Stellaire Series.
Affordable and incredible, the Stellaire Series consists of the Innov-ís XJ1 sewing, embroidery and quilting machine, and the Innov-ís XE1 embroidery machine. Feature high lights include a large embroidery area (9.5” x 14”) and an extensive library of 727 built-in embroidery designs (including over 100 Disney designs). But what sets the Stellaire apart is the new My Design Snap mobile app. This new innovative hallmark allows you to perfectly place your design exactly where you want it every time. Using your smartphone, snap a picture, preview it on screen, and you’re ready to embroider! With excellent power, imaginative designs, and space to create, it’s time to bring Stellaire home. [youtube id="_h0BSz7ie50"] This month, we hope you are busy hemming, sewing, stitching, quilting, or doing creative embroidery to help celebrate National Sewing Month! But really, who needs a monthly holiday for a reason to sew when every month could be National Sewing Month. What is your go-to Brother machine? We’d love to hear your story!
1. https://www.reaganlibrary.gov/research/speeches/092888f