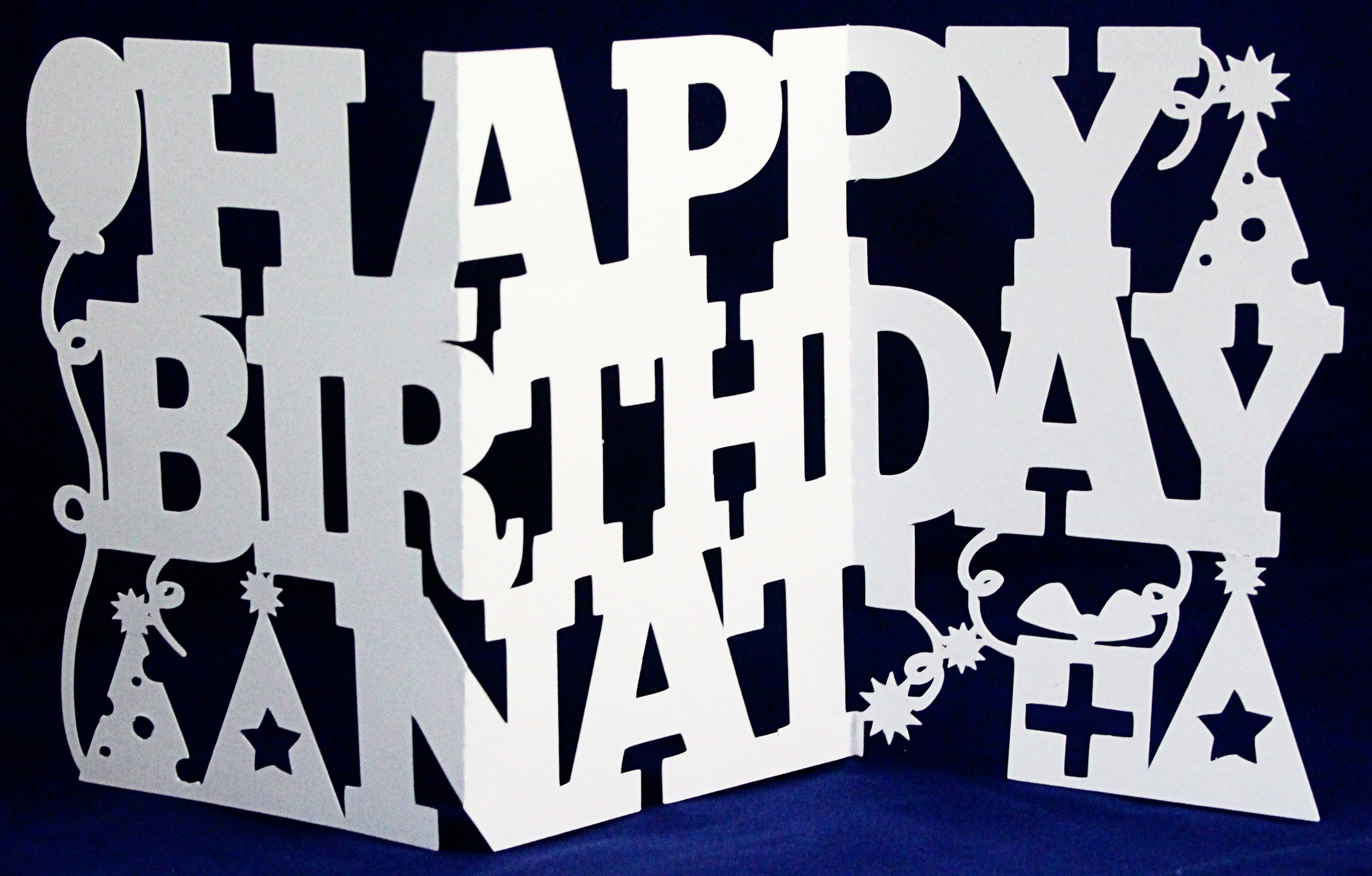 When you go to the store to buy a card these days, they’ve gotten so very fancy — dimensional embellishments, foiling, glitter, shaped edges, laser cutting. It’s amazing. The good news is that with a little imagination, you can make even cooler cards using the ScanNCut.

I made this one for my Dad for Father’s Day, using double-sided cardstock so that there was contrast between the three sections:

The card is a bit of an odd size, so I also made a custom envelope to go with it, using the ScanNCut 650’s built-in envelope designs.

I made this card for my friend Nat’s birthday:

As you can see, it’s a different kind of tri-fold card. Instead of having three distinct parts like the first card, it’s one large message that folds into three parts. 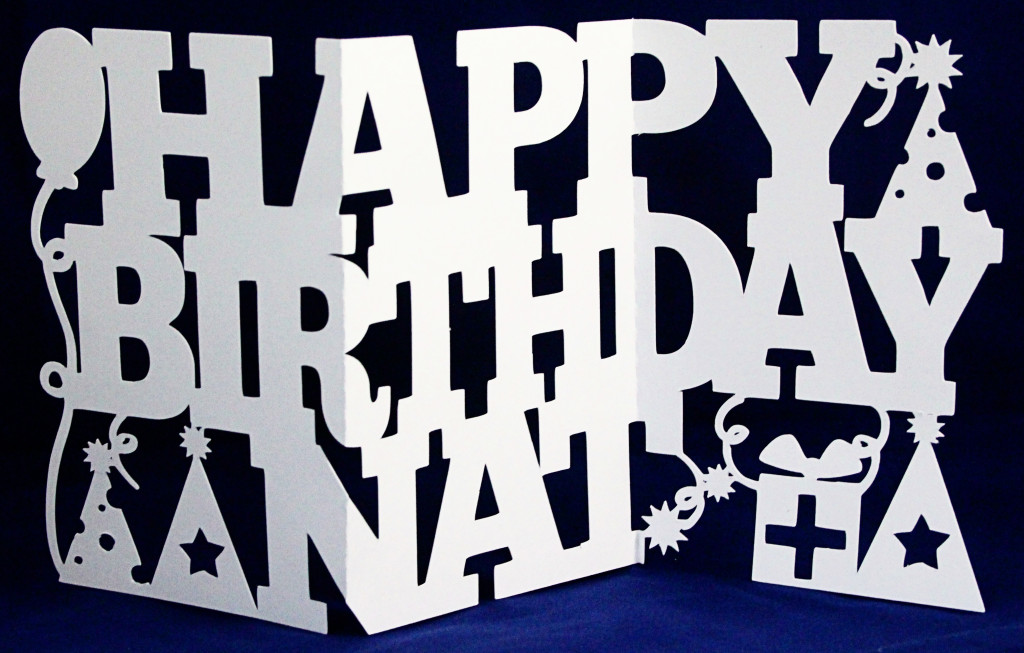 Have you made a tri-fold card? What did it look like? I’d love some ideas and I’m sure other readers would too!

Create a Quilt Card with ScanNCut