When I first started sewing with knit, one of the first dresses that I made for Helena was a shirt dress with a front sport pocket. And as soon as I posted it on my social media channels, I had a bajillion requests from my grown up friends to make one for them. I made dressy versions and casual versions and pajama versions. The versatility of this style of dress was far more than I ever envisioned. 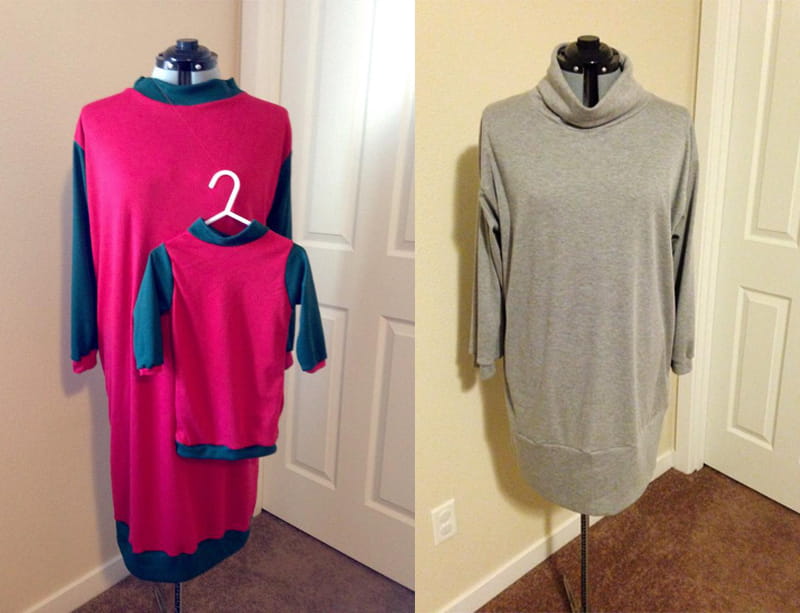 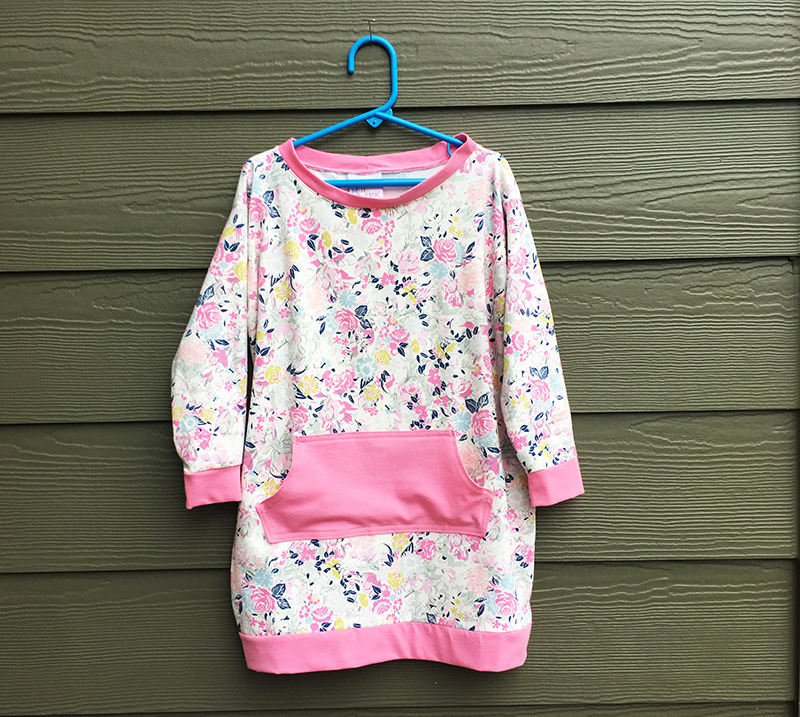 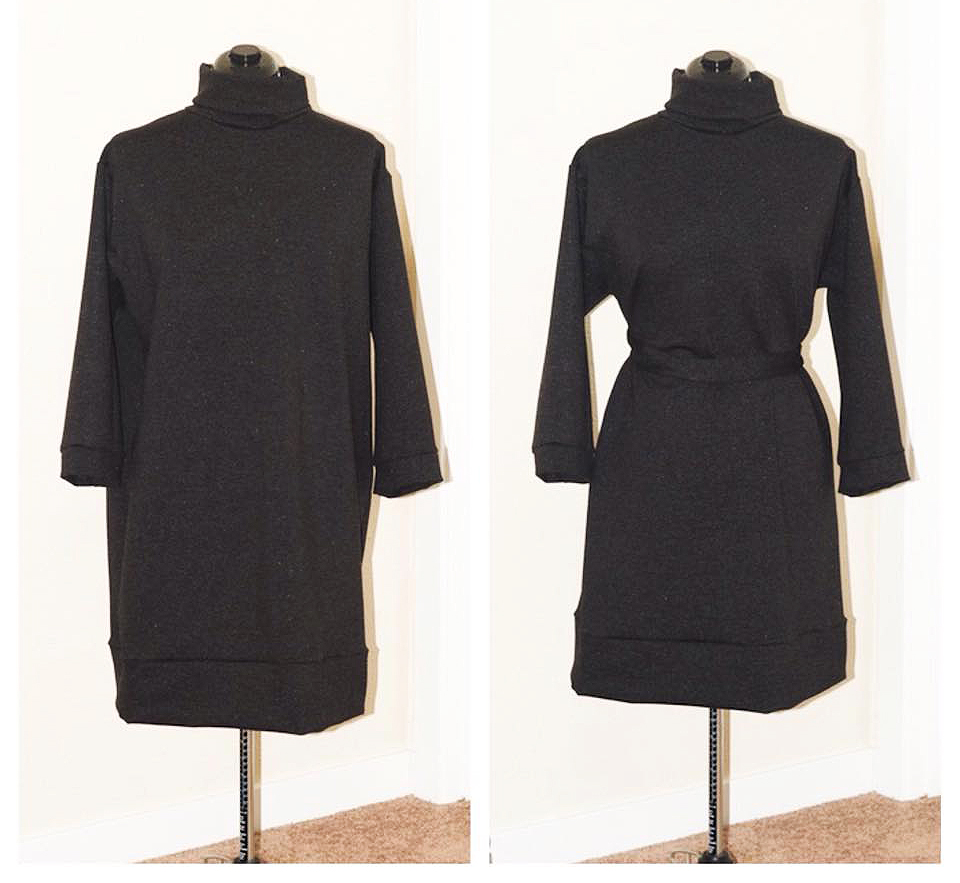 Once I got tired of making them, I moved on to some shiny and new project and the era of the shirt dress faded like a distant memory. And then last month I was all like I need to make Helena one of those again, which brings me to this post which will focus on converting a standard t-shirt pattern to a shirt dress in lickety split. 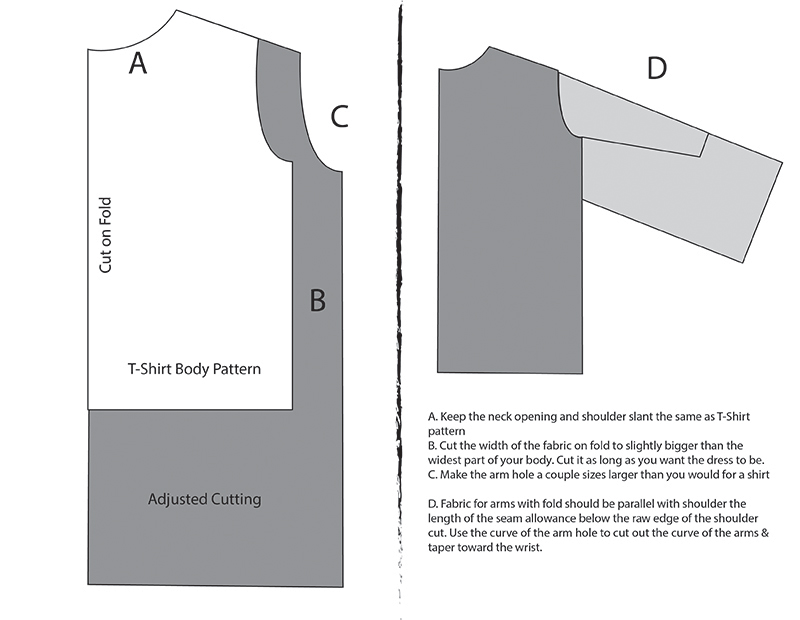 I created a handy dandy guide for cutting (see above) that you can save for reference when you get to that stage. In addition to the cuts of the main fabric, you’ll also need to cut a collar band per the guidance of the pattern, and two wrist and a bottom band that are the width of your main fabric cuts and anywhere between four and six inches tall. Once you get it all cut out, the rest of this blog will share some tips for sewing with knit with a little bragging about Britney. 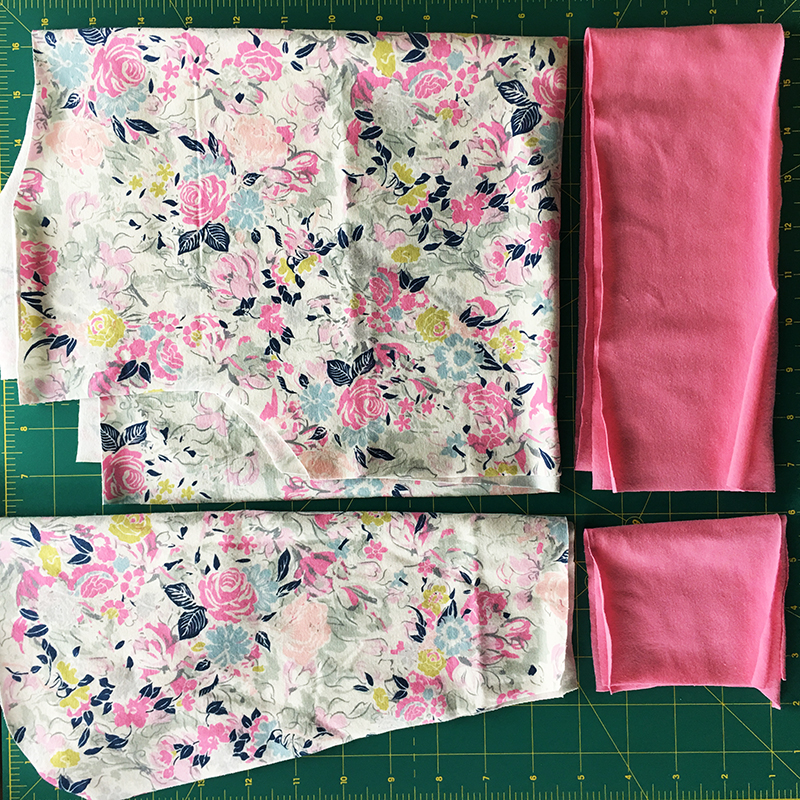 So if you want the front sport pocket on the dress, you’ll need to cut it out. I generally cut a piece at 60% of the width of the shirt front and then enough height to stick your hands in comfortably with some extra room on the bottom. Then I cut a curve for the hands and then cut a sliver off the bottom at an angle to give it that extra ooh la la. See the image below. 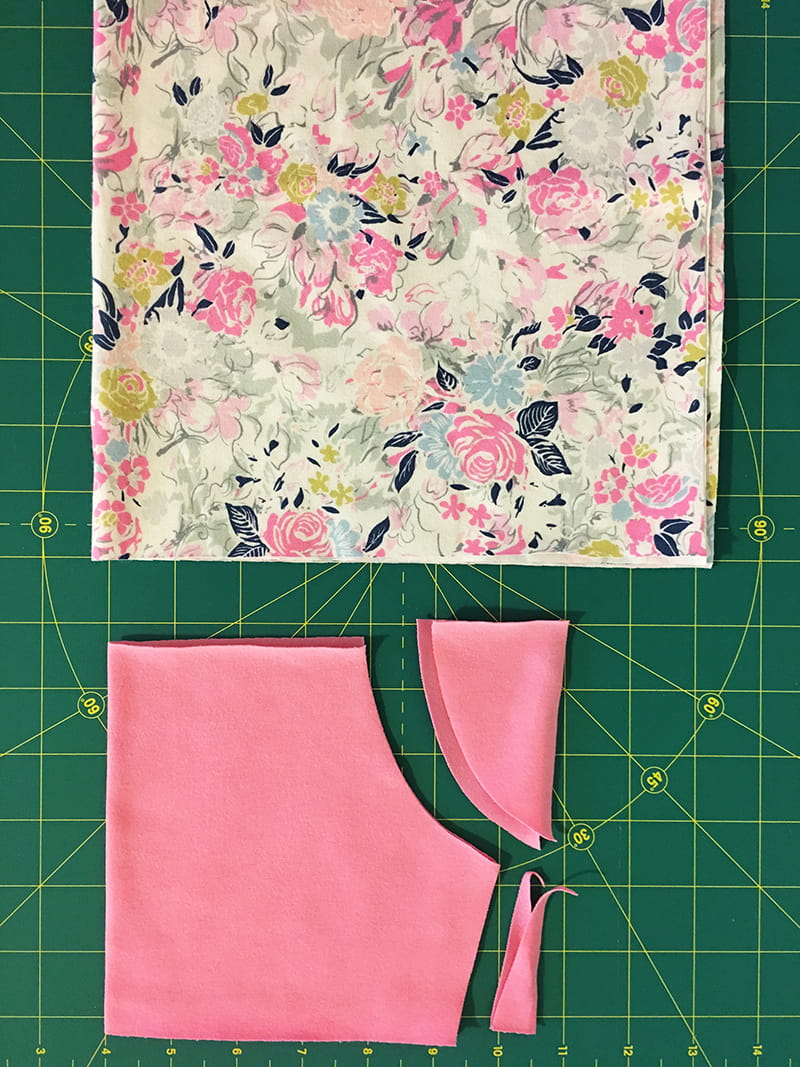 Next, use an iron with the steam off to fold over and set the curved part of the pocket. I find that if you press without steam on knit that the folds don't open back up. And this is when I got to use Britney
an did a wide cover stitch, which uses two needles and creates magic on the back. Check it out below. 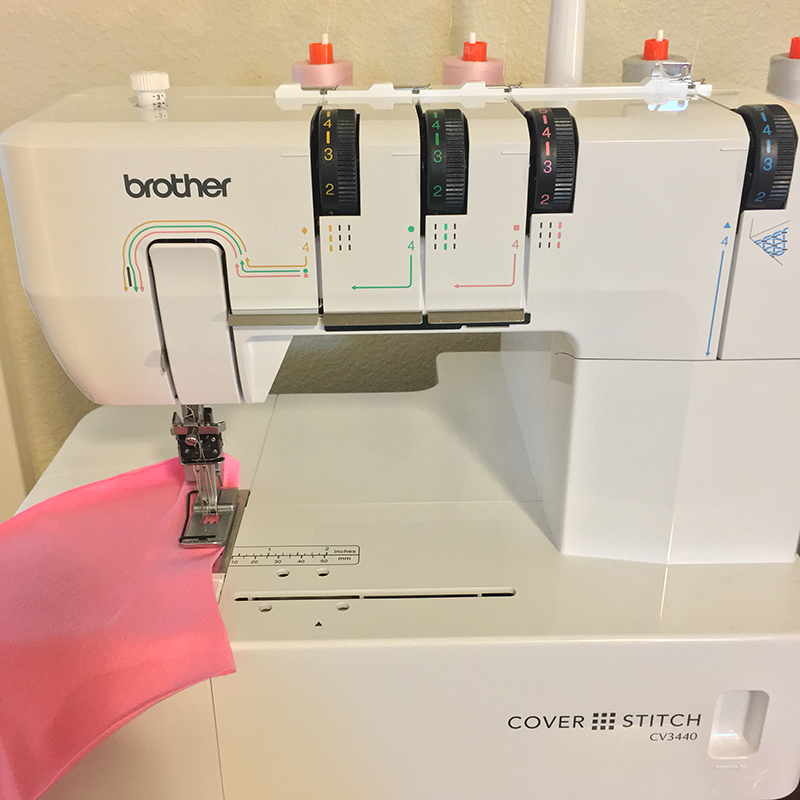 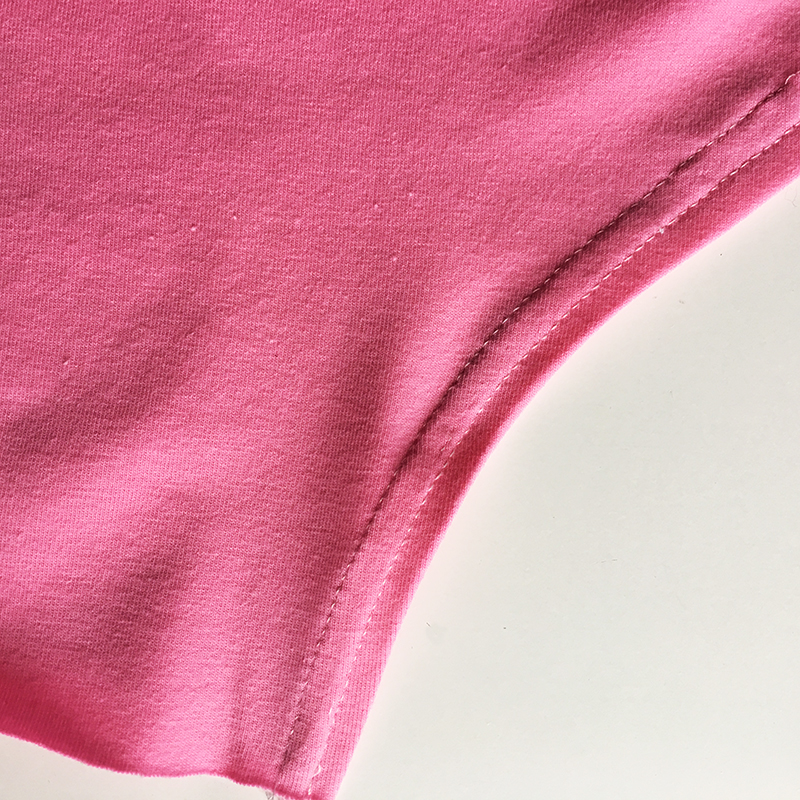 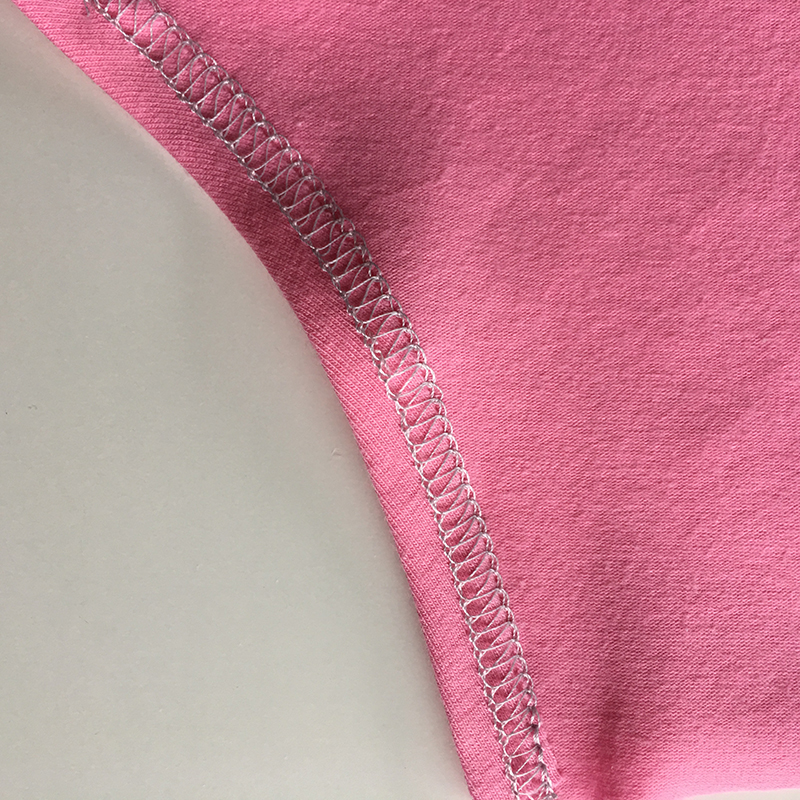 Now you’ll need to guess where you're hands will land for the pocket. And by guess I mean measure and then baste it in place with glue or pins and top/cover stitch the remainder of the edges of the pocket. 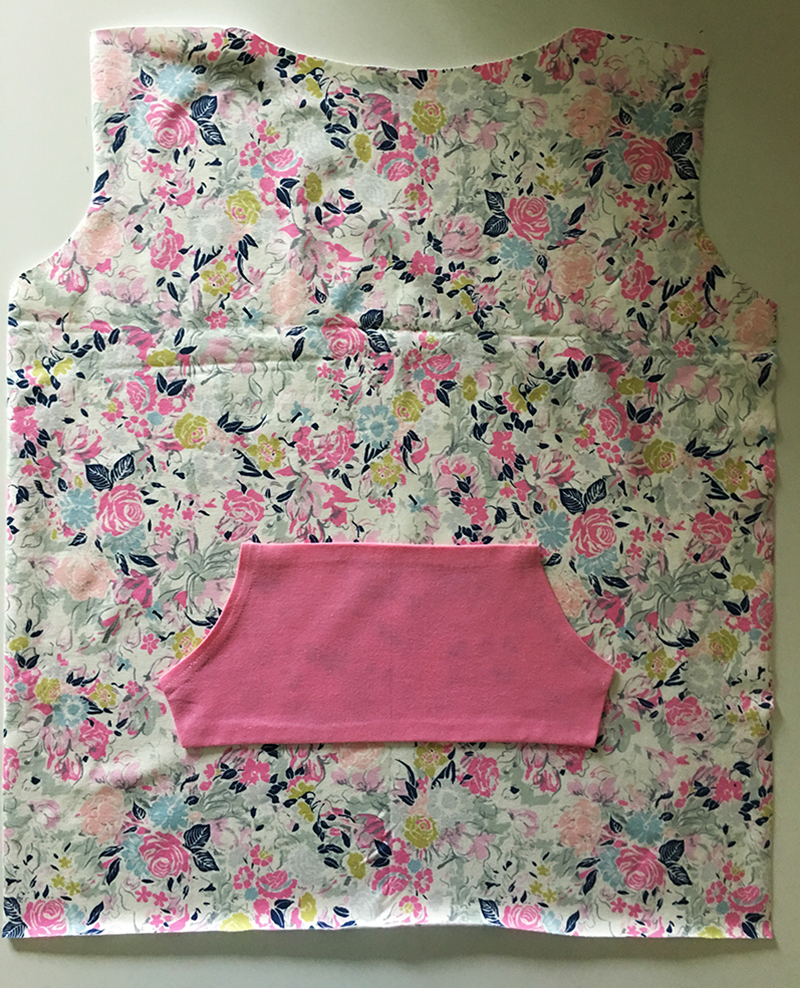 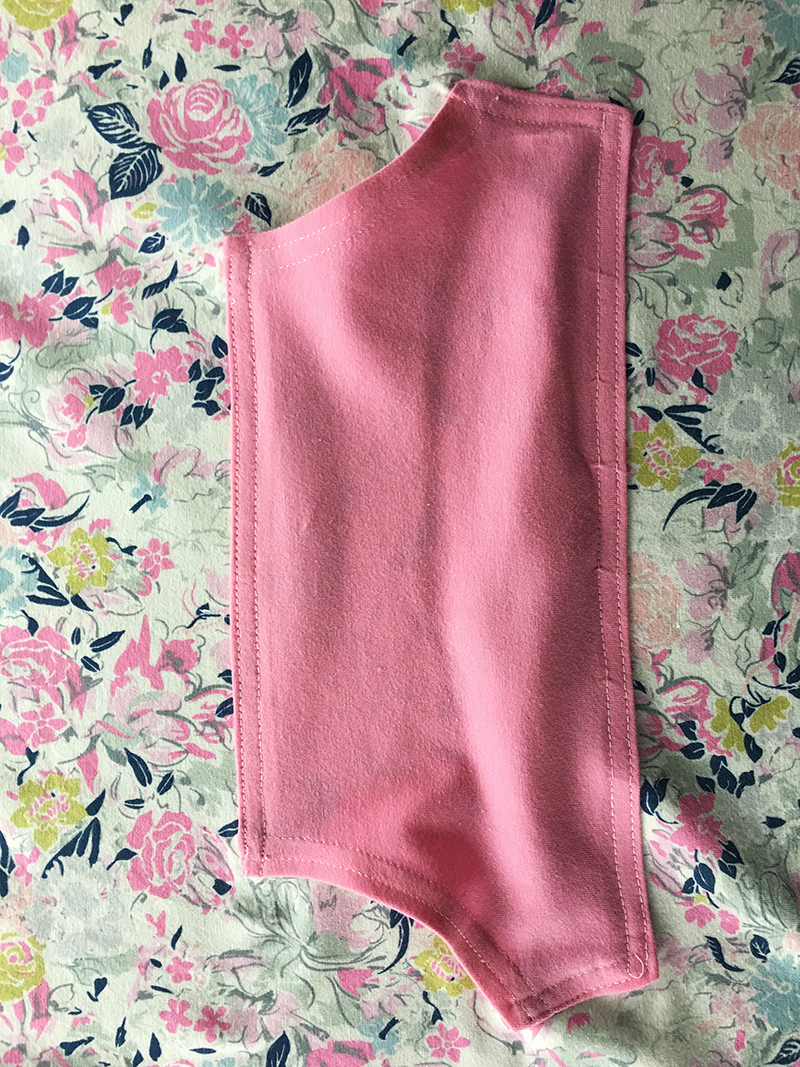 If you’ve never sewn knit cuffs before, it’s the same process as sewing the neckband on, but it’s a lot easier since the length is the same for both fabrics. Prior to Britney, I would use my serger on knit because it was more finished looking. But since I knew I wanted to make everything super professional looking with the cover stitch, I used my DreamWeaver (Felicia) instead of my serger to join the sections before using Britney for the professional finish. One tip that I’ve learned when sewing arm cuffs is to sew it with the cuff facing up instead of having it go around the circular part on the body of the machine. Unless the cuff is larger than that part of the machine, it will stretch and cause it to warp a little, which is why I do it this way. 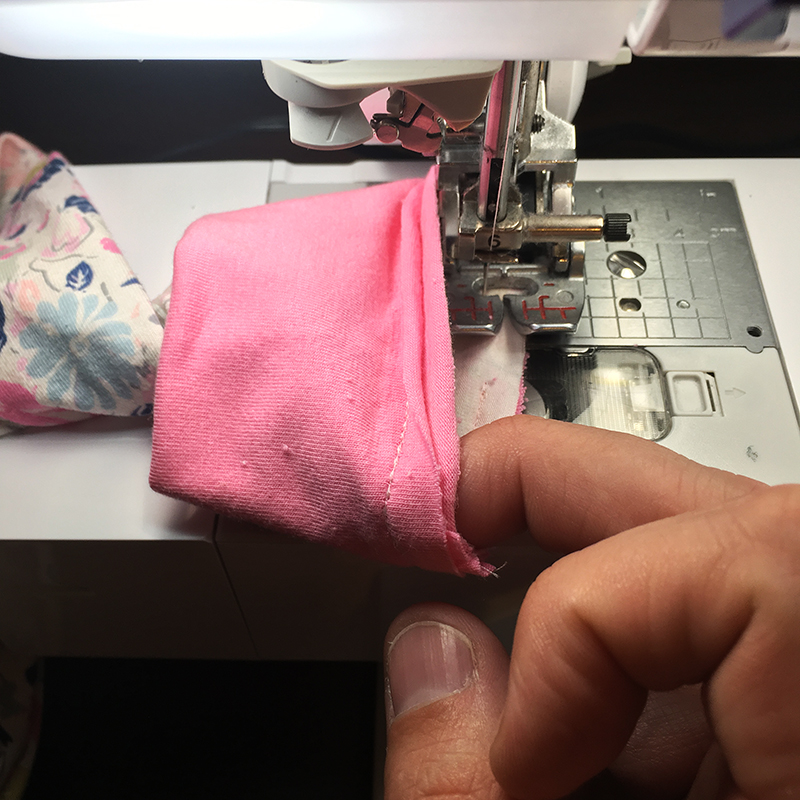 For the collar, I tested out Britney’s chain stitch,
this uses one needle to legit looks like a standard top stitch. Buuuuut it creates a chain underneath that allows for super stretching. Normally I would’ve serged the collar seam and then chain stitched in down, but I wanted y’all to be able to see the magical underside of the stitch so I left it bare. 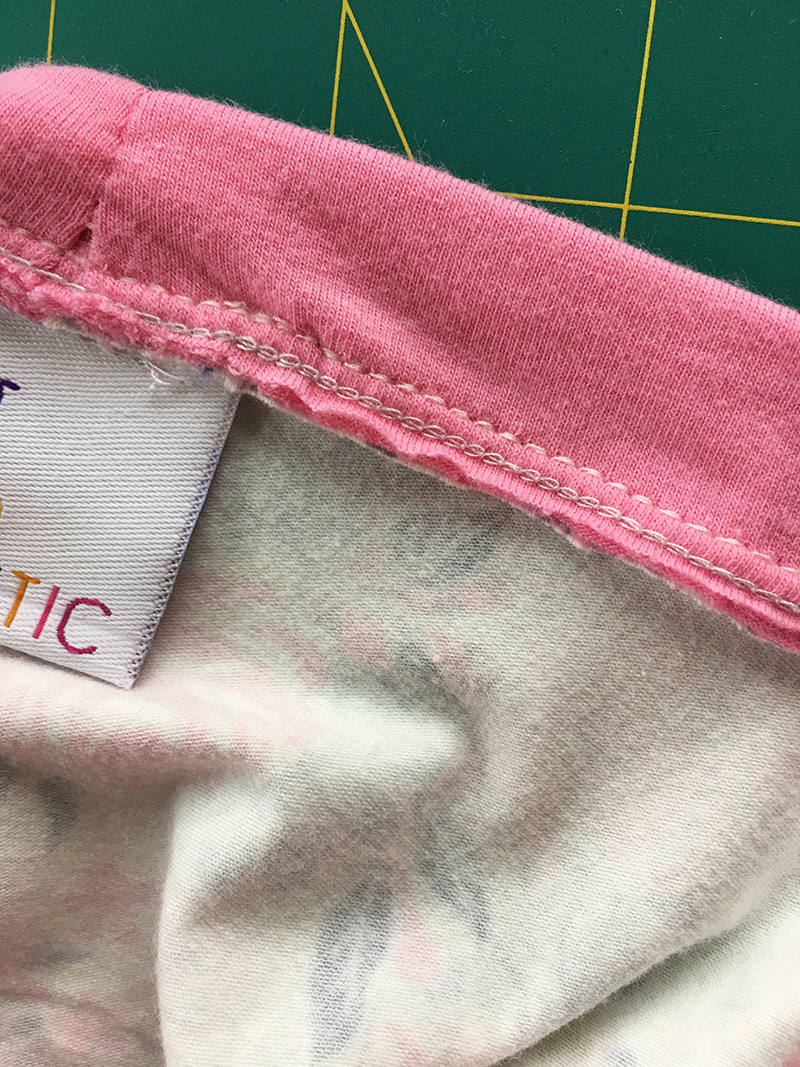 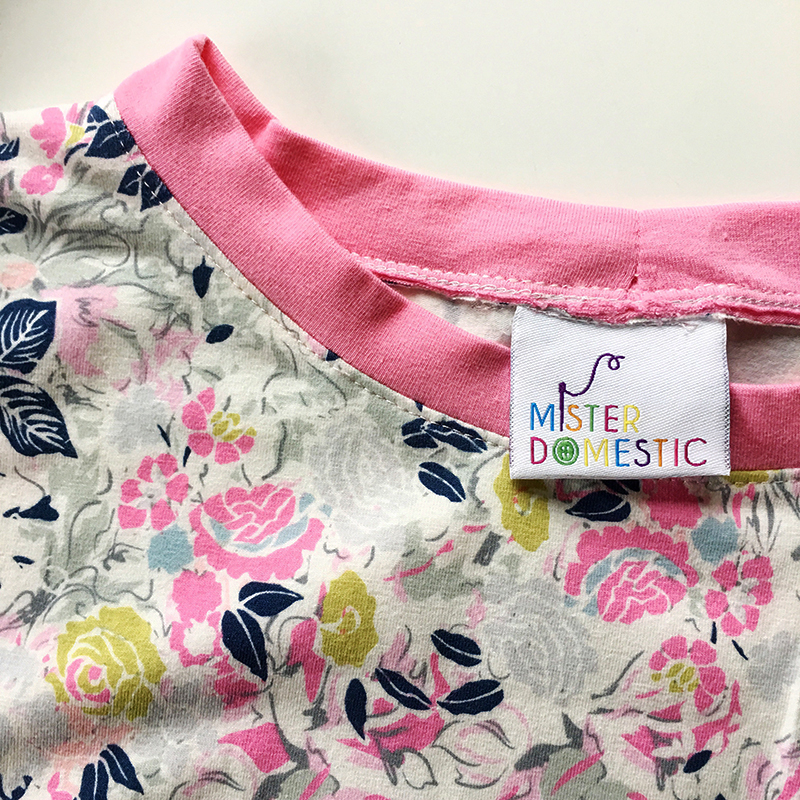 Now you can make yourself a shirt dress by converting your favorite T-Shirt pattern. And one added benefit to making these for kids is that as they grow the dress will eventually become a T-Shirt with a 3/4 sleeve. That’s a win-win as far as I can see it.