Want to look stylish on the beach or at the pool? Take a plain and ordinary white knit swimsuit cover-up and add some spice with embroidery and corded embellishment. The SA157 Brother Five-Hole Cording Foot
makes this type of embellishment easy to accomplish. Add a lightweight embroidery design to the bottom hem area to top off this stylish look and enjoy the compliments you’re sure to get! Are you ready? Let’s go sew!

Note: Most any smooth, flexible cord will work as long as it flows easily through the holes in the foot. Be sure your cording is colorfast and washable. 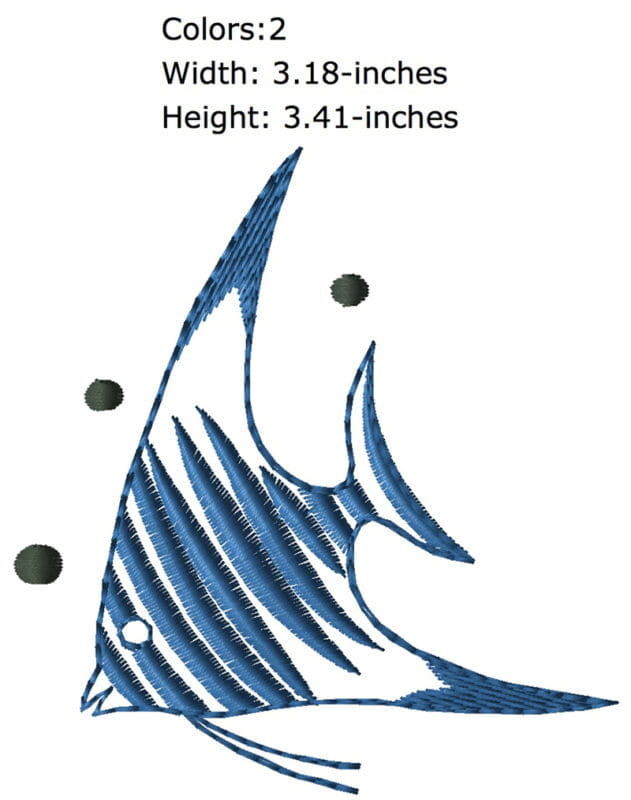 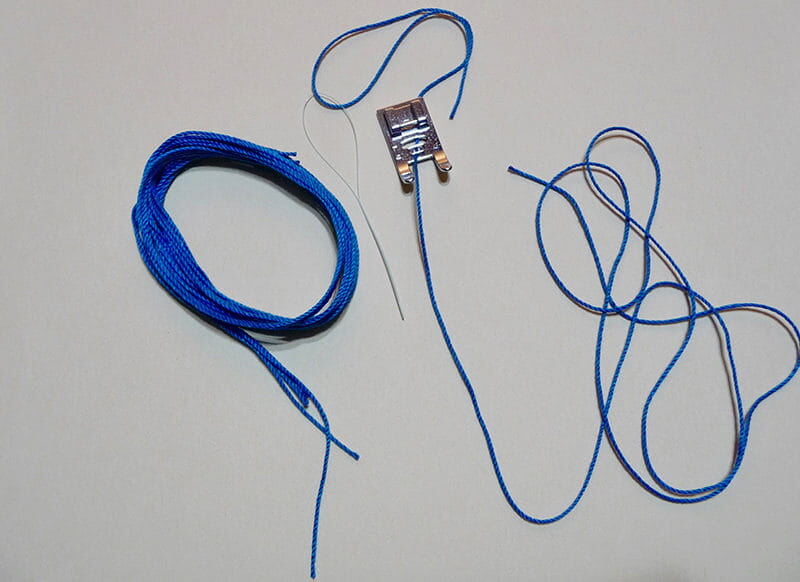 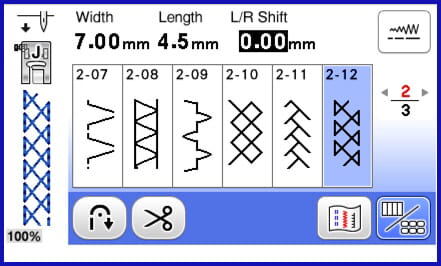 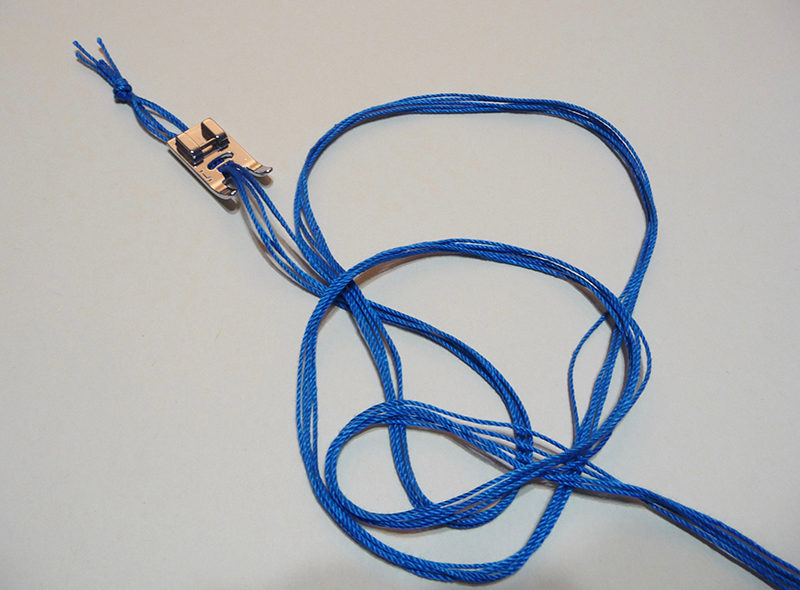 Figure #3[/caption]
Tip: Tie loose ends into a knot at the back to keep them from slipping out of the foot.
[caption id="attachment_16657" align="aligncenter" width="800"] 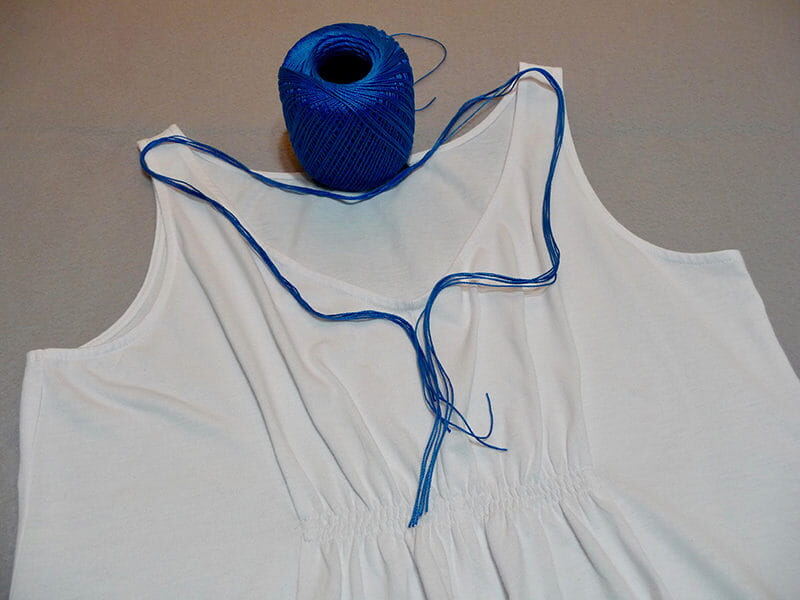 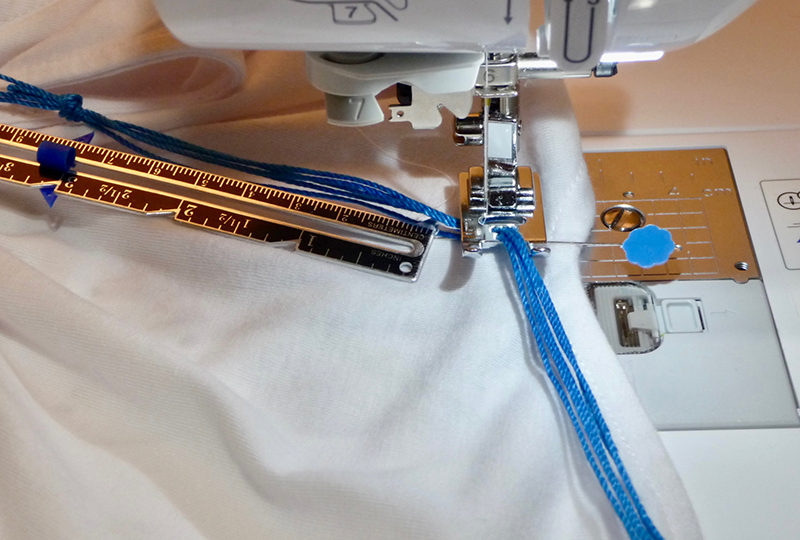 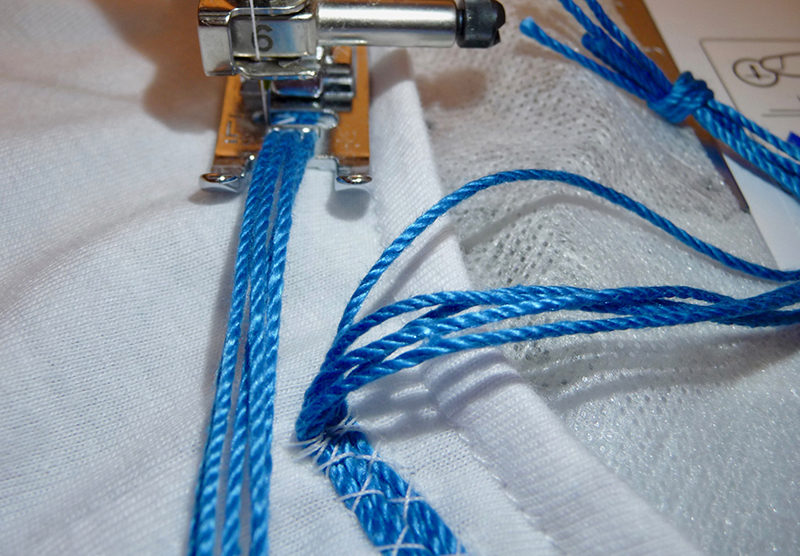 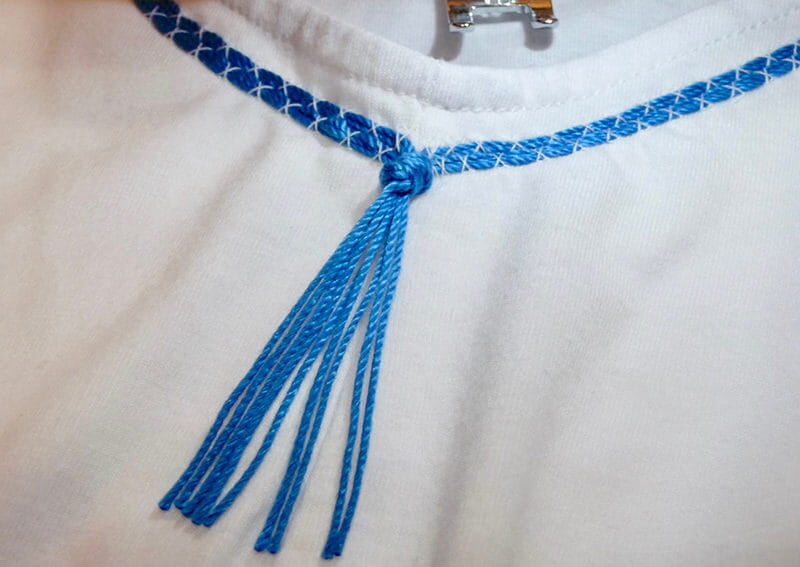 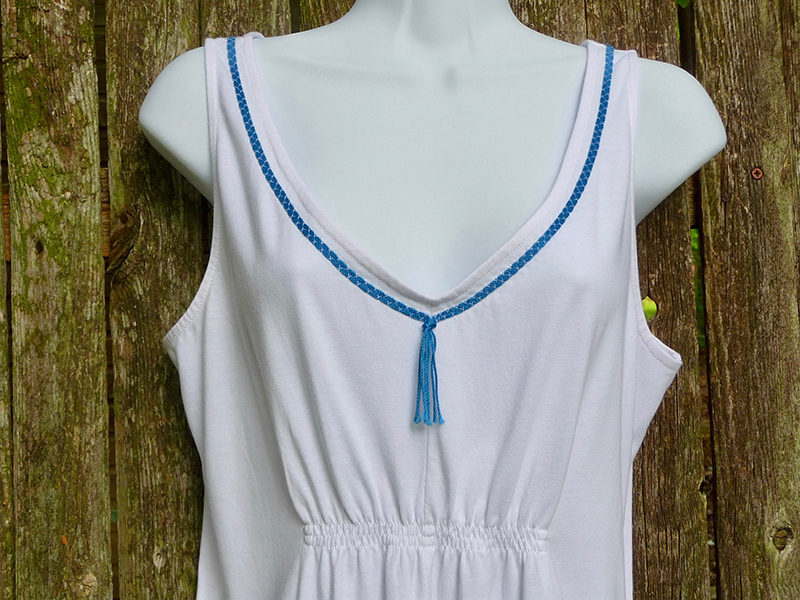 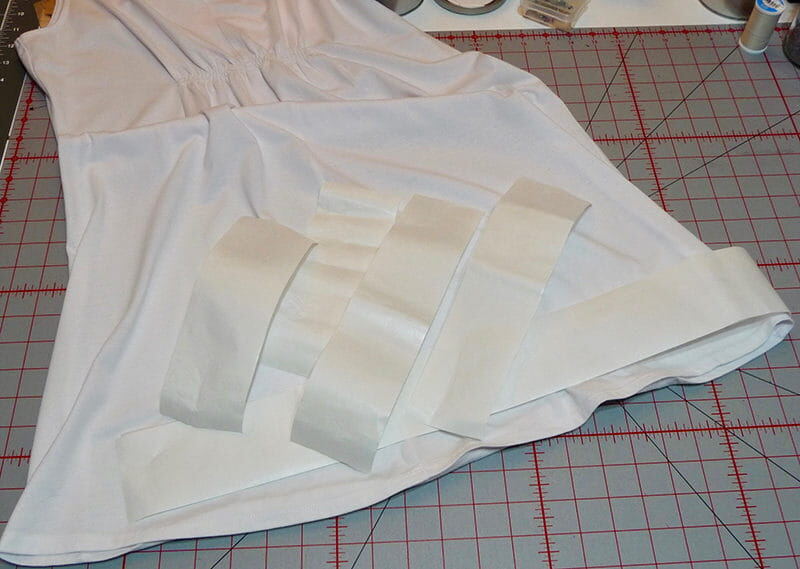 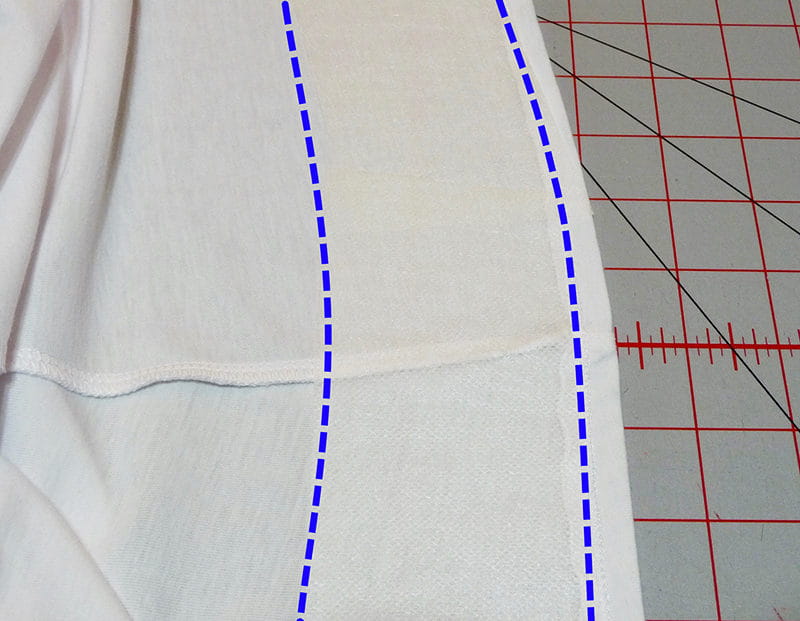 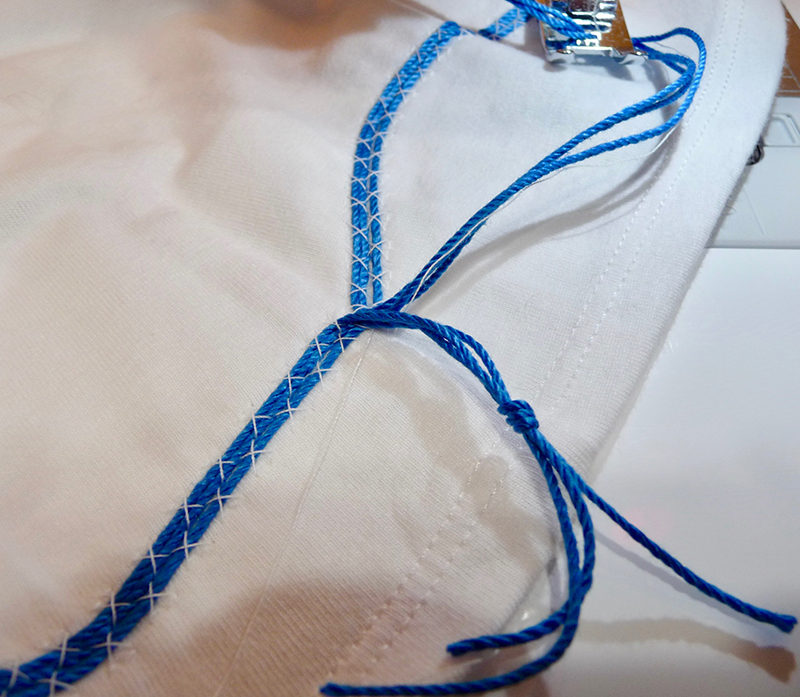 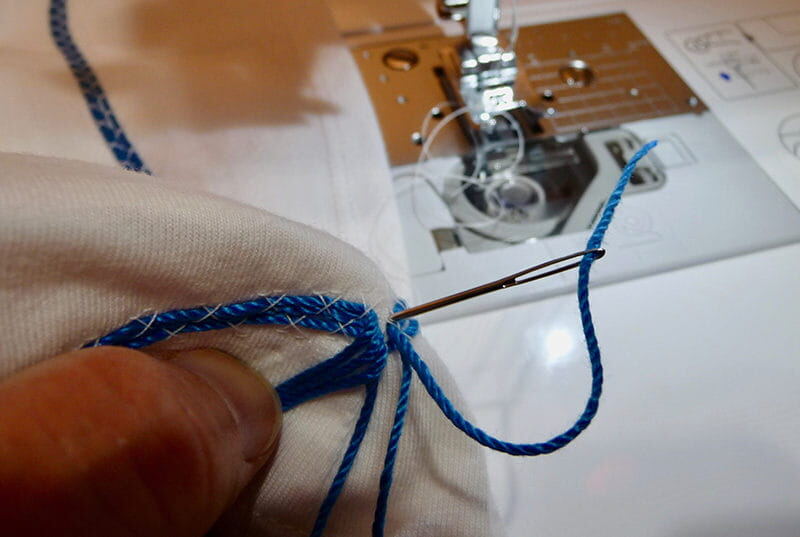 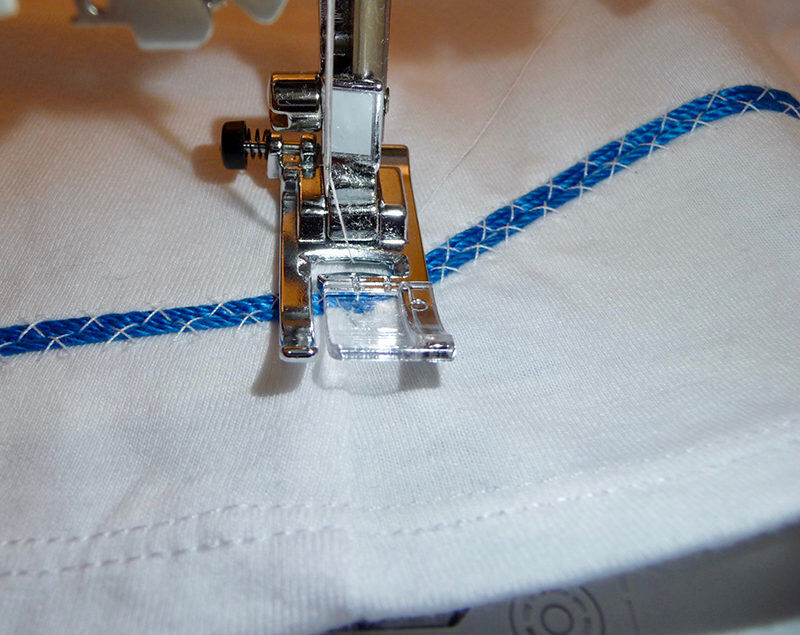 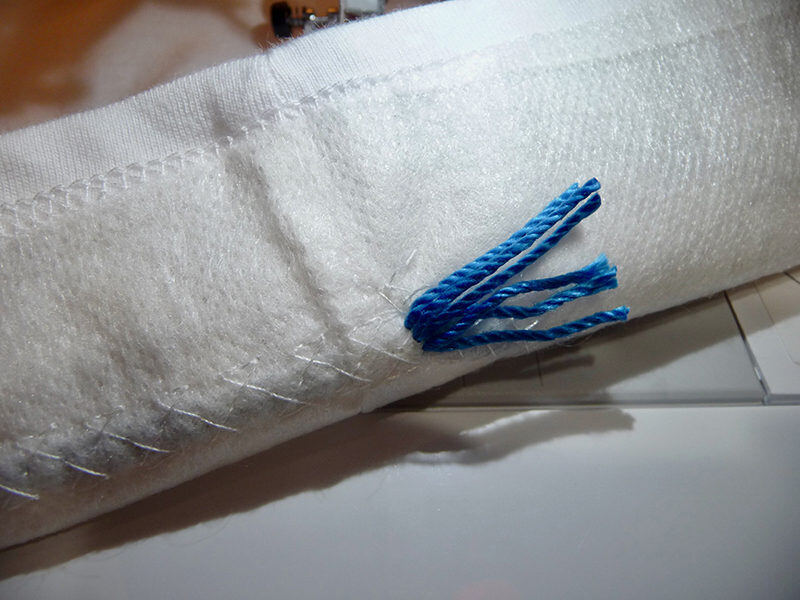 Figure #10c[/caption]
Tip: SA5931
is fusible and light beige. Often times this is preferred for light colored garments and it shows less from the right side when garment is worn against the skin. However, if your knit is thin and it appears that the beige stabilizer will show through you’ll want to switch to the white cut-away. Test each one by placing it against the wrong side to decide before you stitch. If you use the fusible you will want to lightly fuse it to the garment so you can peel away the excess and trim when finished. For non-fusible cut-away it’s important to attach it to the knit with temporary adhesive spray. A solid rule for embroidering on knits is to always make sure the knit has absolutely no stretch factor within the hoop.
[caption id="attachment_16668" align="aligncenter" width="800"] 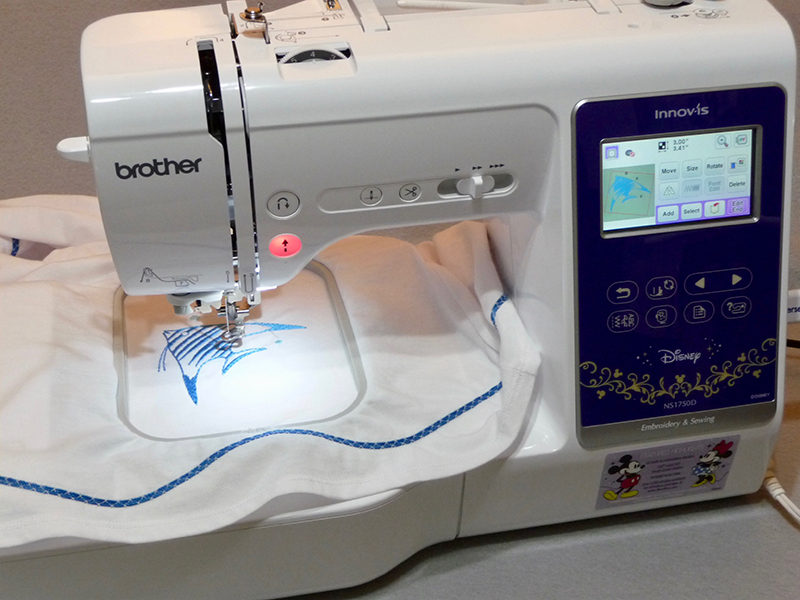 You are finished and ready to head for some fun in the sun! Enjoy! 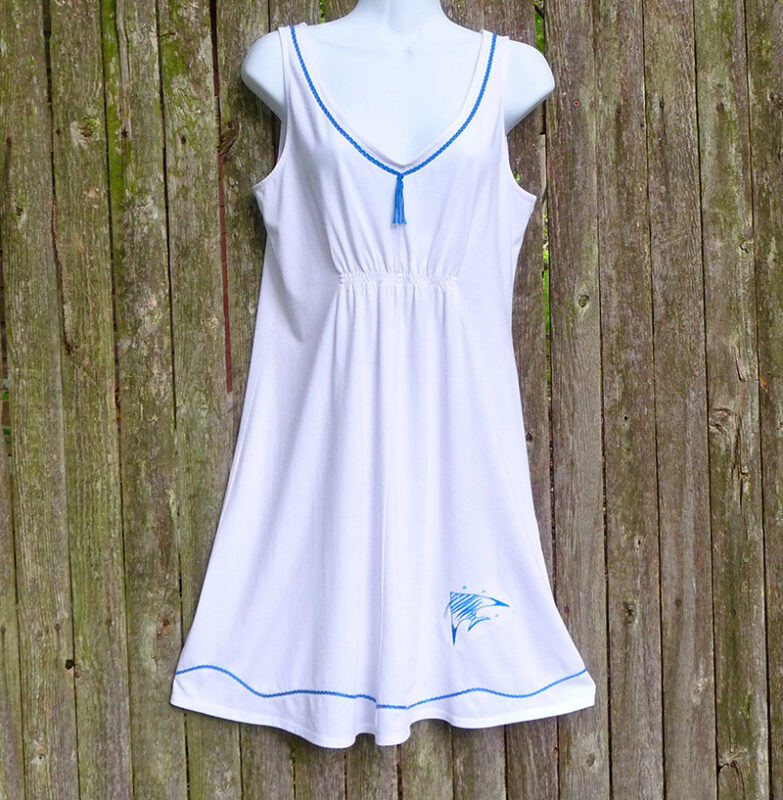