This pretty piped Eye Mask is a “one size fits most” project. It’s the perfect addition to the Spa theme Fabric Gift Basket featured for the Free Design project this month
. Added to the basket or by itself, it makes an unforgettable gift! Of course you have permission to make this for yourself. It’s sure to bring you or your gift recipient some well-deserved rest and relaxation. [caption id="attachment_5172" align="aligncenter" width="800"] 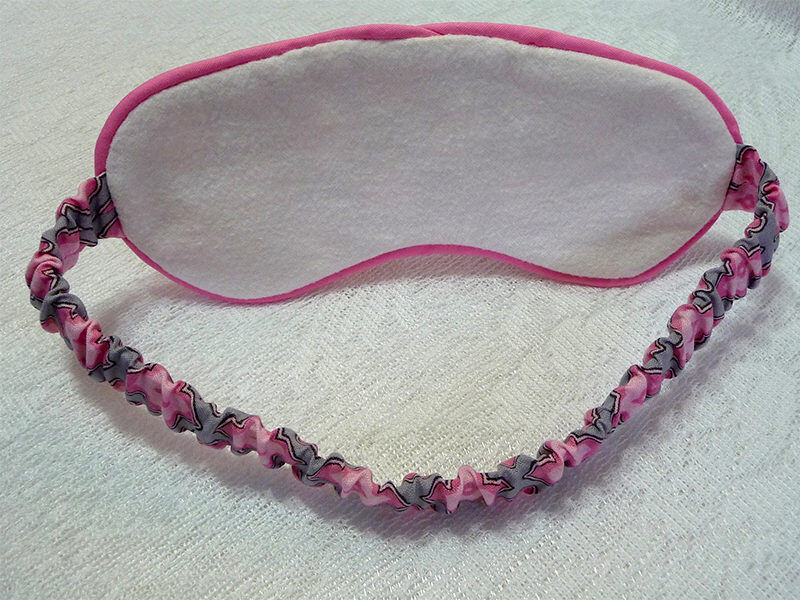 Back Side of Eye Mask[/caption]

Note: This project is easy to create from a remnant of fabric. You could also consider purchasing a fat quarter of fabric to use for all of the required pieces. 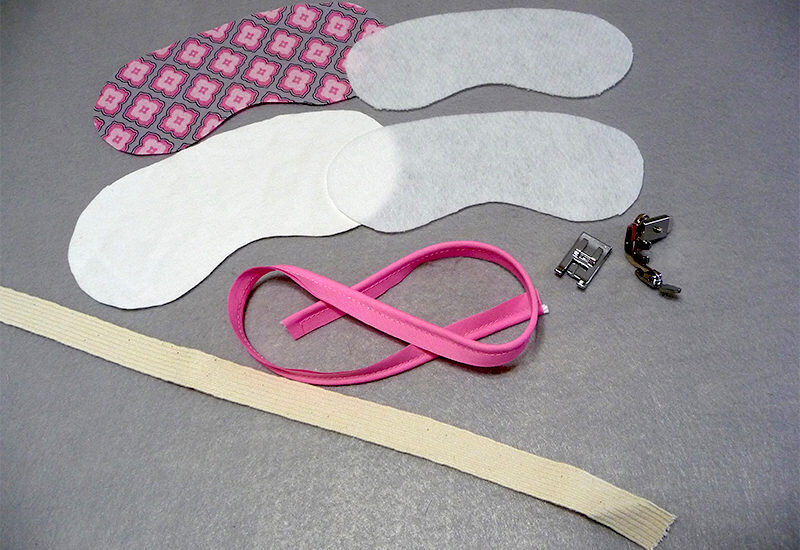 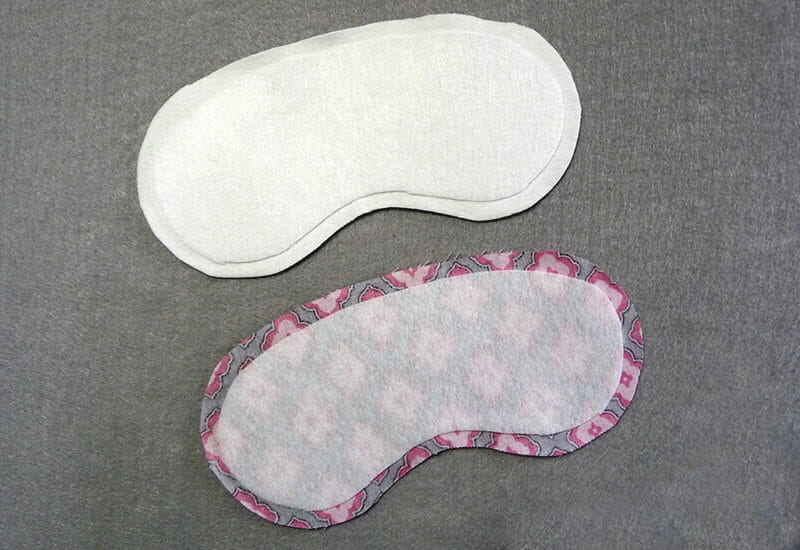 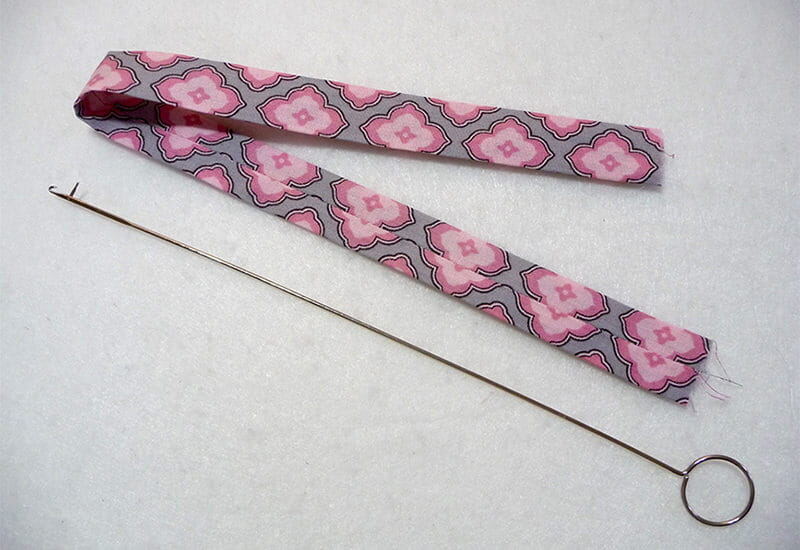 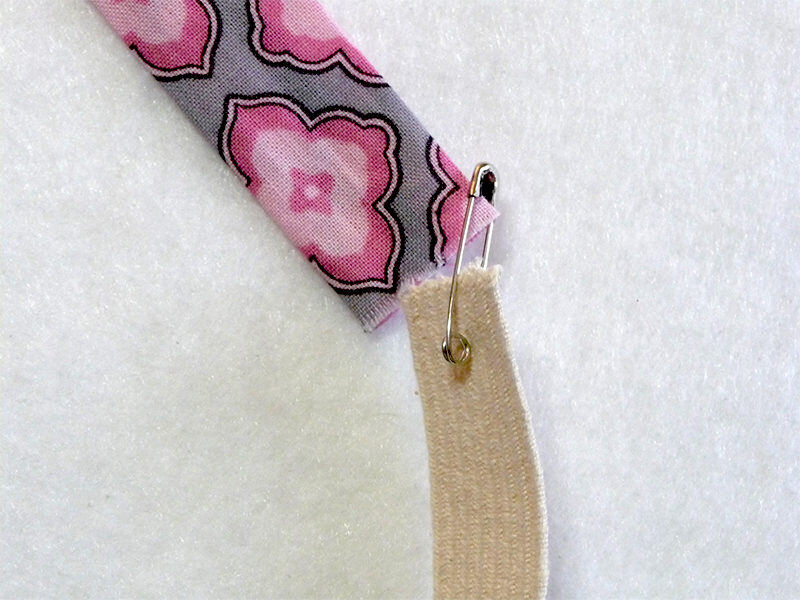 Figure #4[/caption]
Note: These instructions will also show an option for using SA161
Brother Adjustable Zipper and Piping Foot as an alternative. In this case the foot is moved instead of moving the position of the needle.
[caption id="attachment_5179" align="aligncenter" width="800"] 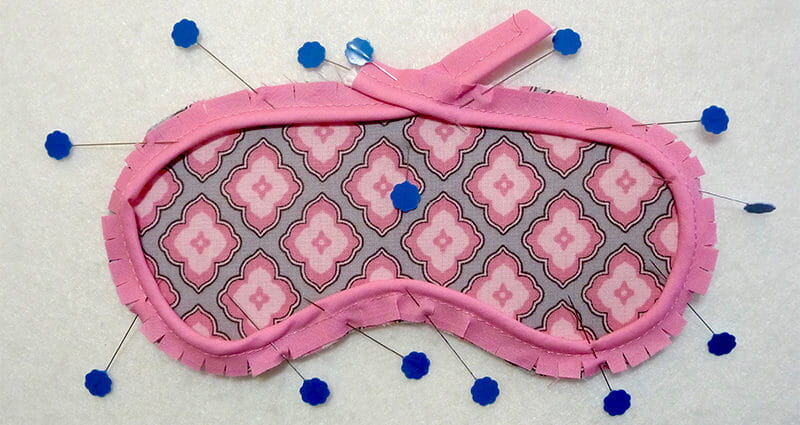 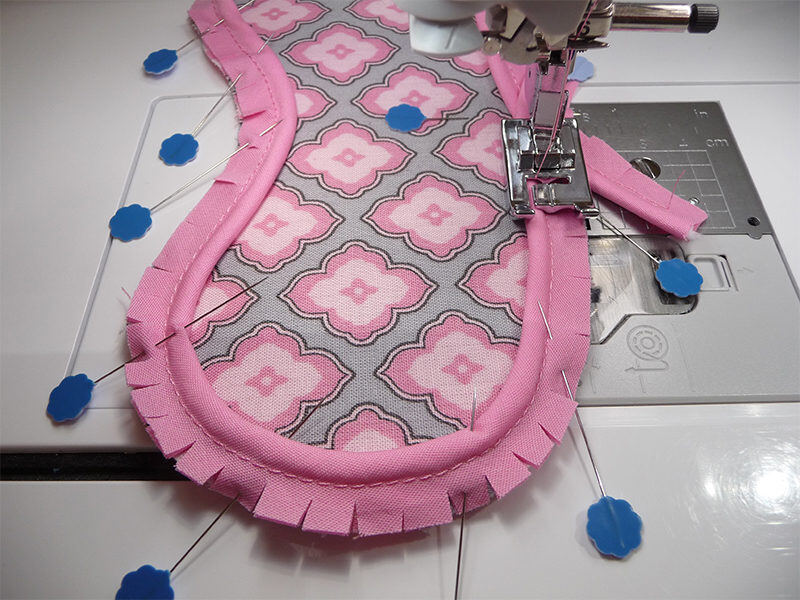 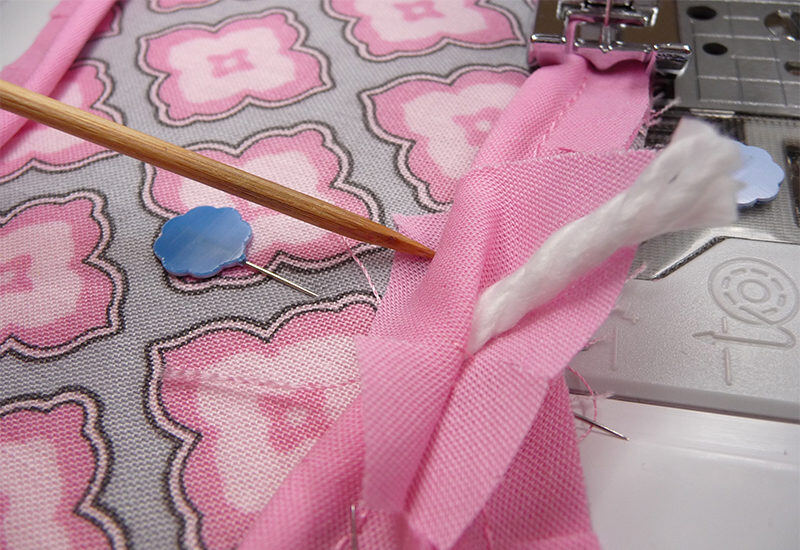 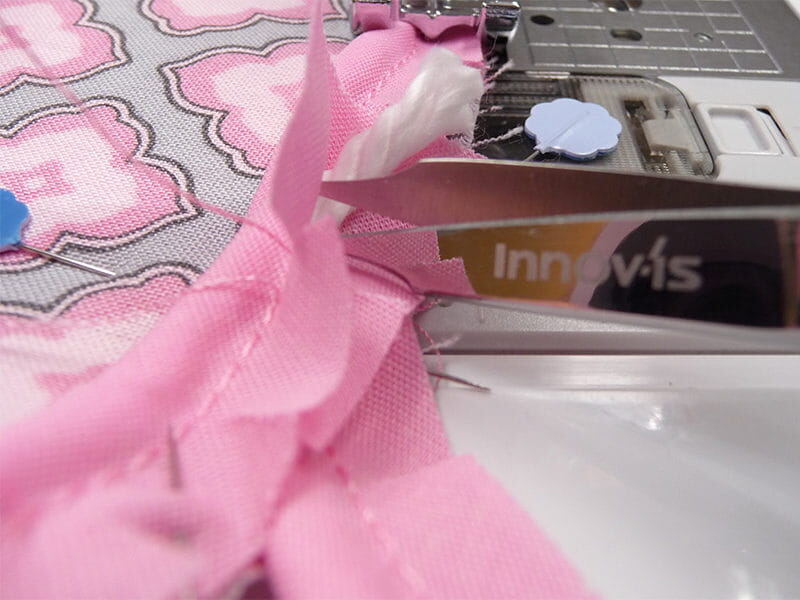 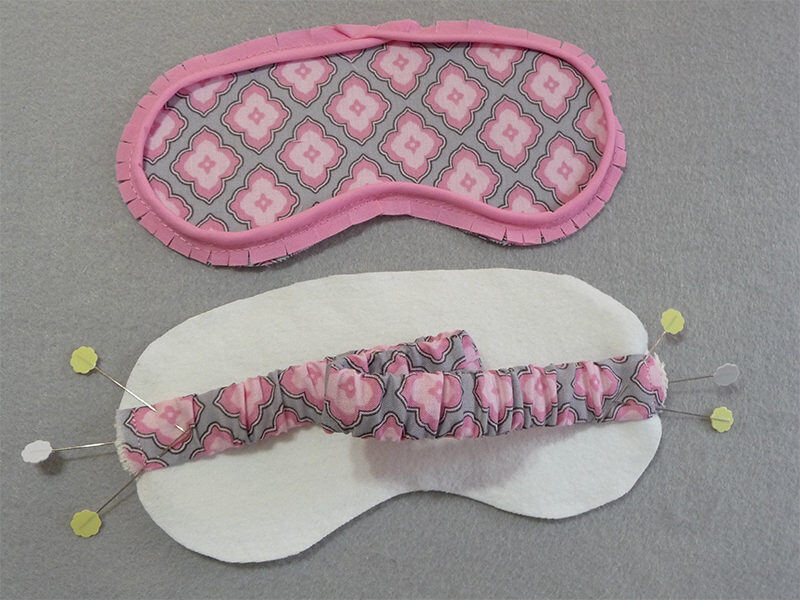 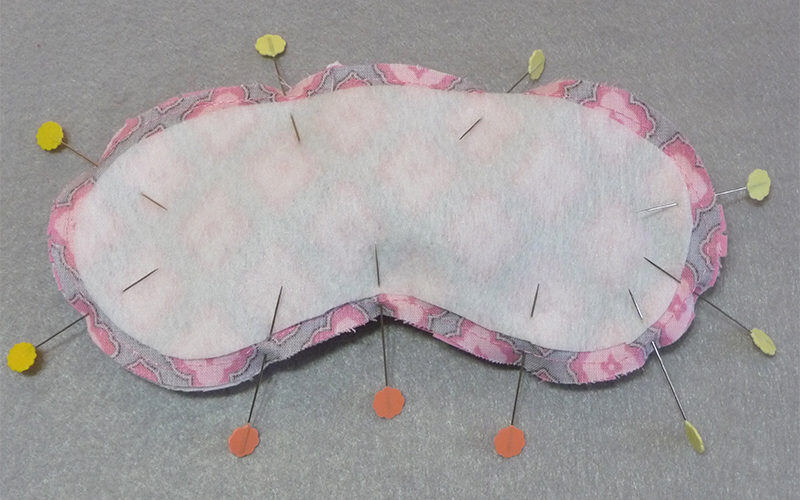 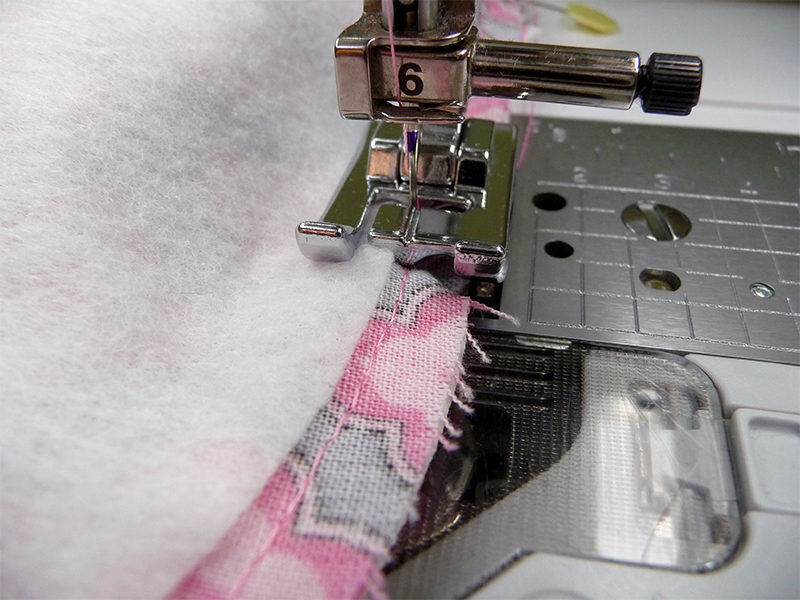 Figure #10[/caption] See below for an example of using the sliding zipper/piping foot for this step. When using this foot, instead of moving the position of the needle, you can slide the position of the presser foot to sew closer to or further away from the piping. When sewing the final seam you want the stitch to form very close to the piping cord so the piping looks smooth from the right side. [caption id="attachment_5186" align="aligncenter" width="800"] 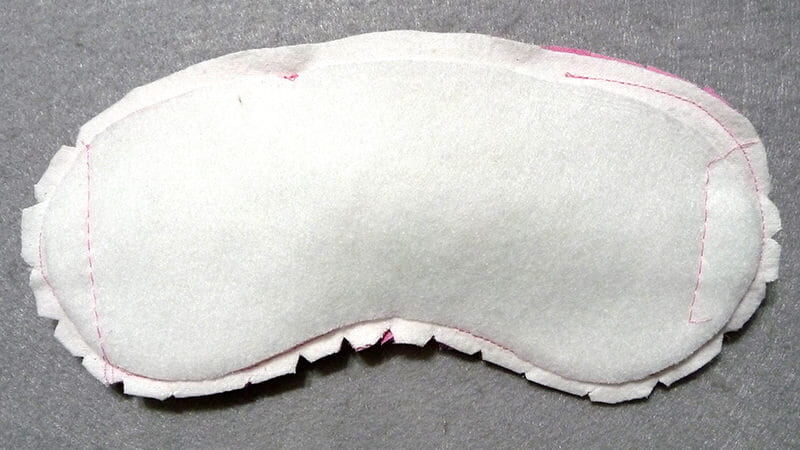 See Figure #11[/caption] Carefully turn right side out, pushing out all the curves. Remove any basting stitches that show. Press and then close the opening with small hand stitches. You are finished! Enjoy!
Important notes:• Eye Mask pattern measures approximately 8¼-inches X 4-inches. Be sure to print pattern at actual size. • Eye Mask Pattern includes seam allowance of approximately ¼”. • Cut one Eye Mask from outside fabric and one from inside fabric. • Trim pattern so it is ¼” smaller and then cut two pieces from fusible fleece.