Keep A Clean Machine Like many of you, I sew a lot, and sewing can be messy! Many fabrics tend to leave a lot of lint in both in “seen” and “unseen” places on your machine. In particular, I’m talking about the bobbin area known as the race, as well as the area under the plate where the feed dogs are located. Excessive lint in this area can cause improper feeding and leave residue on your lovely projects. Do you know the proper steps for routine cleaning in the bobbin area of your machine? Follow this guide and clean your machine regularly to enjoy many happy hours of sewing time.
Note: Before cleaning machine, please follow your sewing machine’s instruction manual.
[caption id="attachment_17546" align="aligncenter" width="800"] 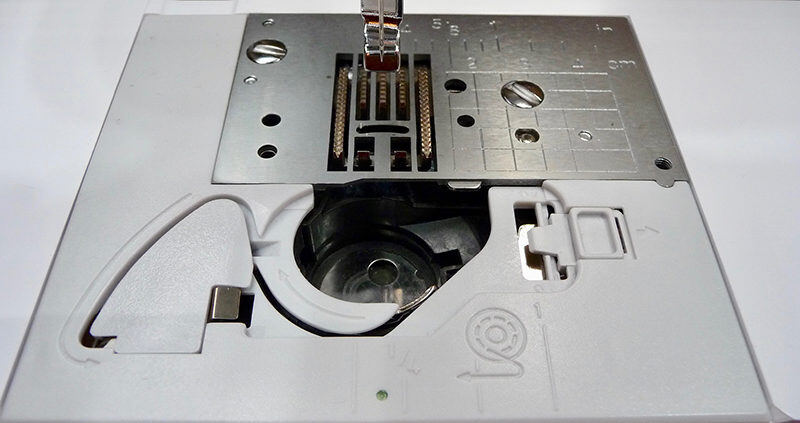 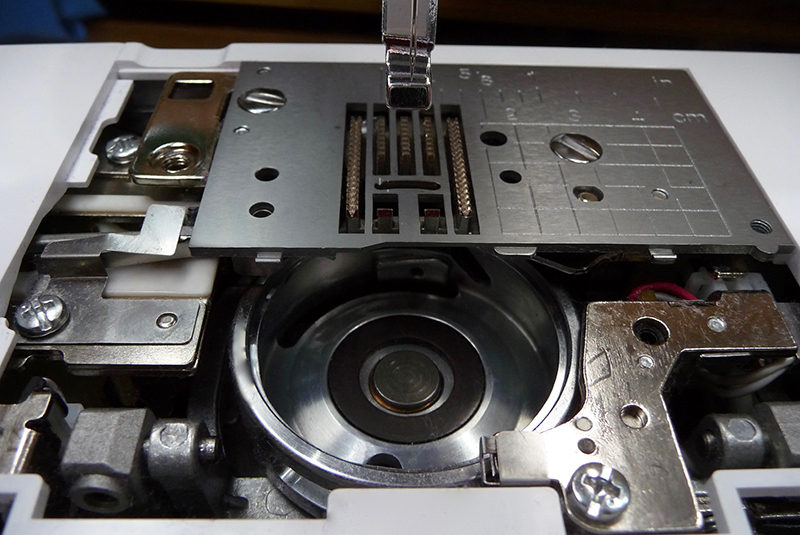 Figure #2[/caption]
Tip: SAMDRIVER1,
a multi-purpose, multi-function tool made especially for Brother machines makes it really easy to get into this space on the machine.
[caption id="attachment_17548" align="aligncenter" width="800"] 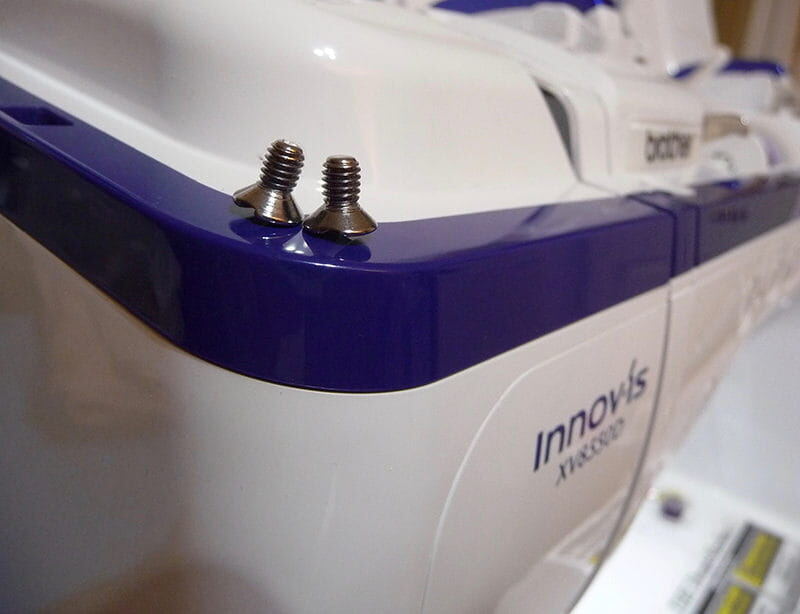 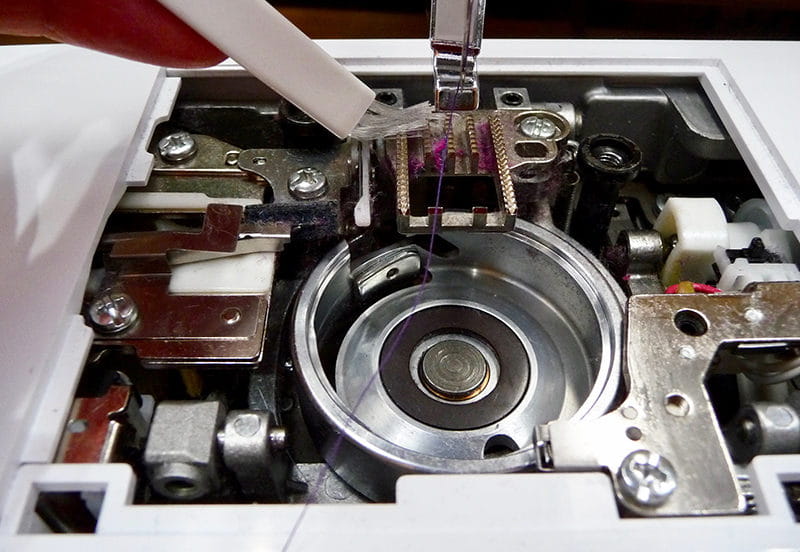 Figure #5[/caption]
Tip: You can use a small vacuum nozzle to catch the dust as you brush. Always keep in mind the fact that you want to pull dust out and avoid pushing it further into your machine.
[caption id="attachment_17551" align="aligncenter" width="800"] 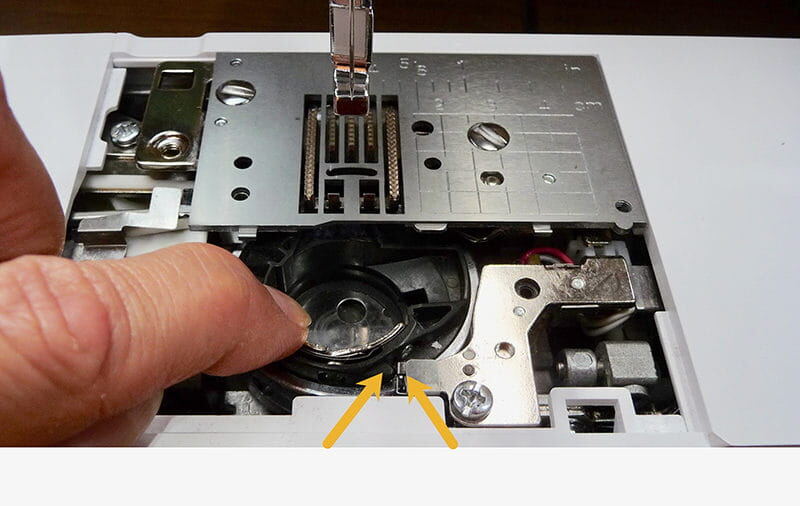 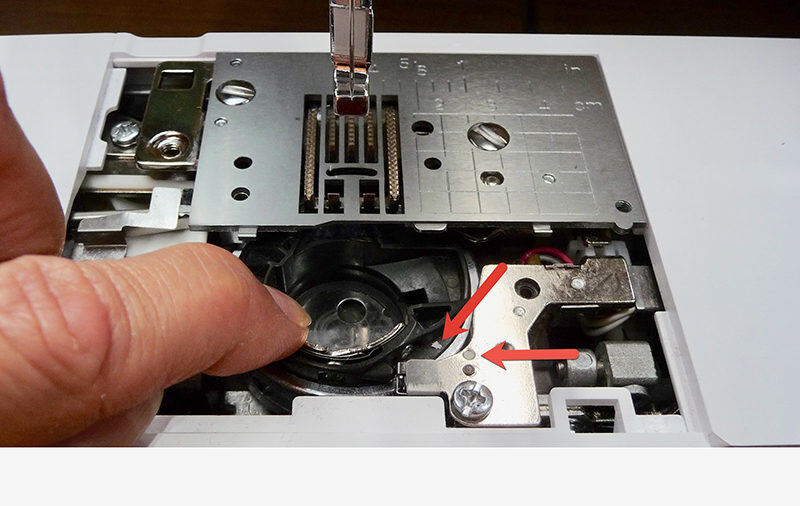 Figure #7[/caption]
Tip: Use the pointed end of the lint brush as a handy tool for bringing your bobbin thread out from under the presser foot. See Figure #8.
[caption id="attachment_17553" align="aligncenter" width="800"] 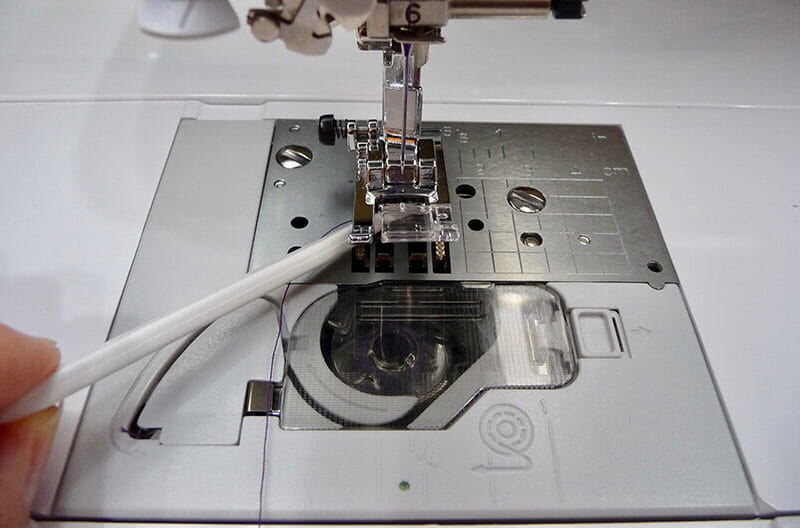