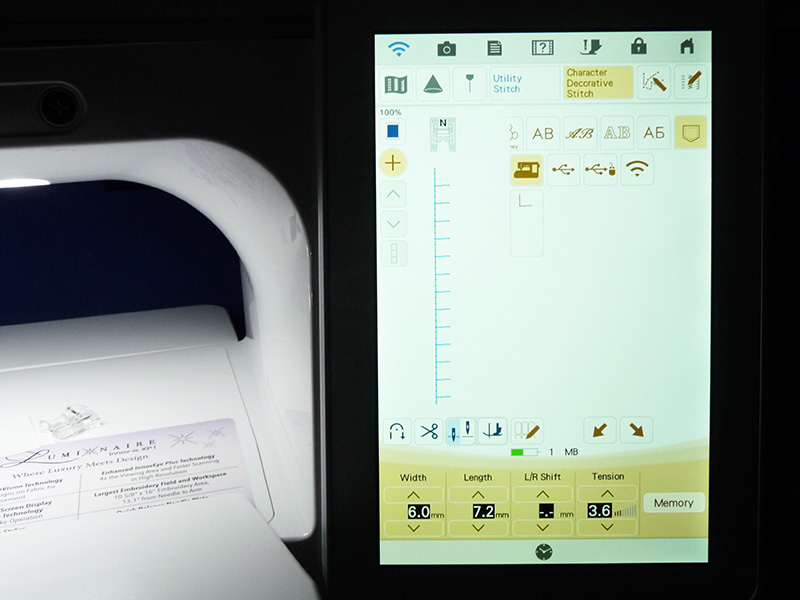 With the exclusive Brother My Custom Stitch feature you can create a wide blanket stitch in just a few minutes. In the photo above you see what a completed My Custom Stitch blanket stitch looks like on the large, full color screen of the Brother Luminaire.
There are lots of options for using this unique feature. This basic blanket stitch is a good way to get started. The photos below show an alternative screen style seen on a variety of other Brother machines. The screen style and location of the keys will vary on different machine models, but the process for creating a custom stitch is virtually the same. Begin by selecting the icon for designing a custom stitch. This icon looks like a pencil with lines and dotted points. See below: 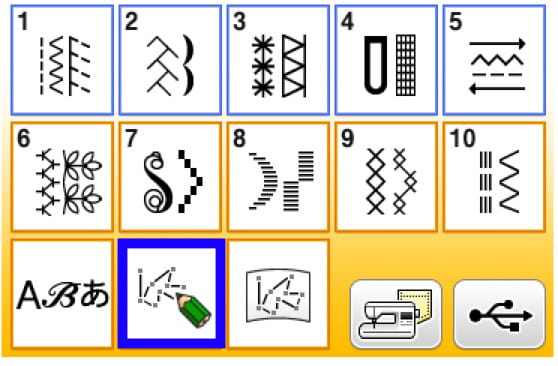 To create this wide blanket stitch, simply set the vertical and horizontal coordinates for the stitch following the Figure #1 through Figure #4 images shown below. Be sure to choose the single straight stitch option and touch Set after selecting each of the corresponding points required for forming the stitch. [caption id="attachment_23445" align="aligncenter" width="657"] 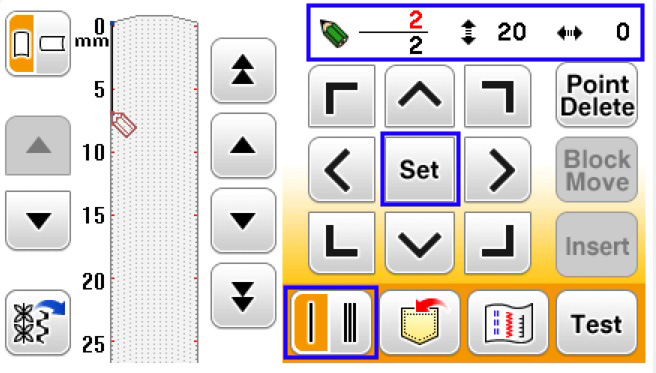 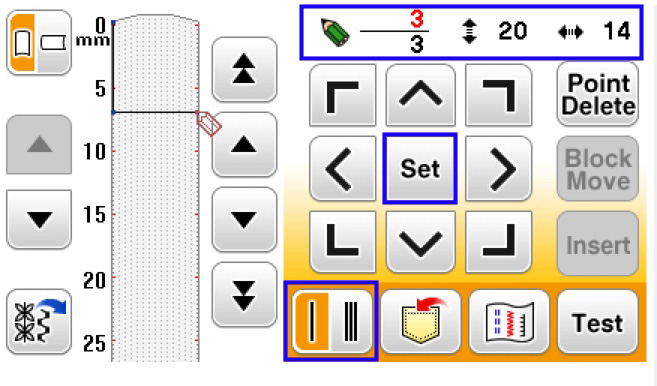 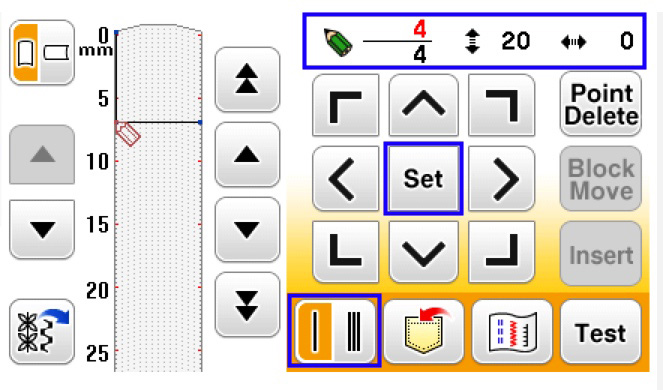 Figure #4[/caption] The preview key lets you look at the stitch as you’re creating it. When you’re finished you can touch Test and try out the stitch. See Figure #5. [caption id="attachment_23449" align="aligncenter" width="649"] 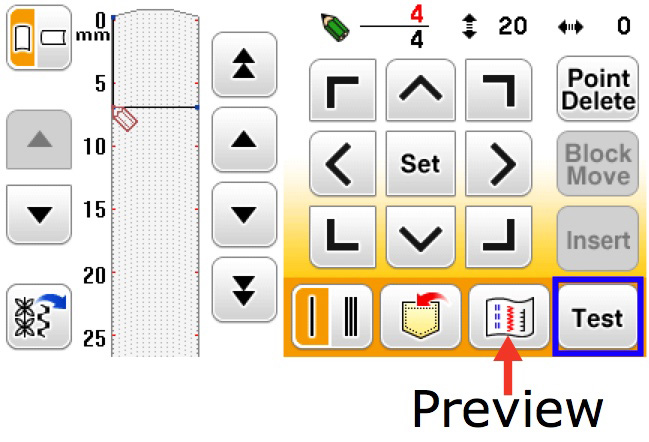 Figure #5[/caption] If you want to save the stitch simply touch the memory pocket. You can also change the width and length of the stitch. See Figure #6. [caption id="attachment_23450" align="aligncenter" width="570"] 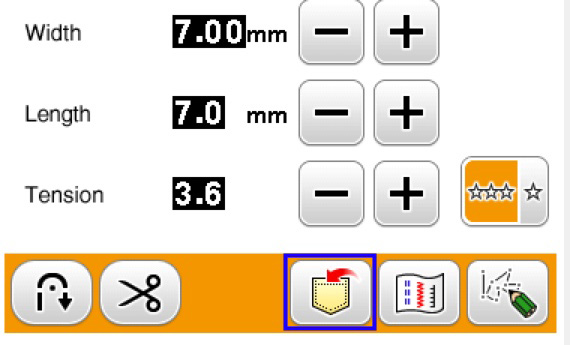 Figure #6[/caption] A chart for the coordinates for this stitch would look like the one in Figure #7. [caption id="attachment_23451" align="aligncenter" width="517"] 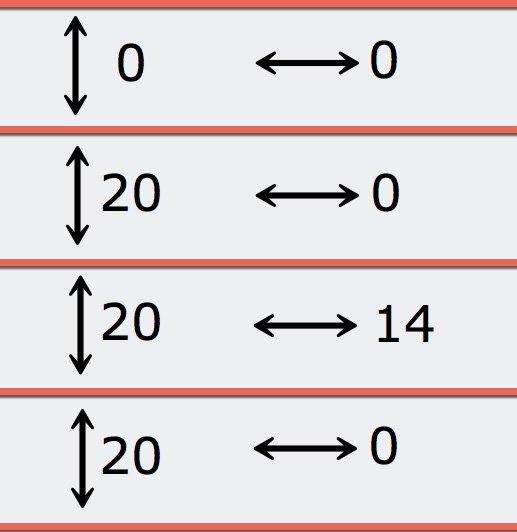 Figure #7[/caption] Review your manual for more design details and have fun creating custom stitches with the exclusive Brother My Custom Stitch feature!